Yes, I am talking about Russian Vera Zvonareva. In yesterday’s match she was really sulking hard when the match was in third and final set. Zvonareva won the first set and then kept on loosing. But even though you are in a bad shape at the game you should not sulk so much on the court. That doesn’t show the sportsman’s spirit. And so much of anger from 7th seeded is really not expected. Zvonareva was really kicking her knee, spanking her knee with racket, tearing off her bandage etc etc. Commentators rightly named this thing as “Self Abuse”.

Zvonareva has been in the International Tennis scene since September 2000 but the maturity she should be having was not visible. A player should accept the defeat too with dignity and calmness. Anyways, the stats for the game between Vera Zvonareva and Flavia Pennetta are as follows: 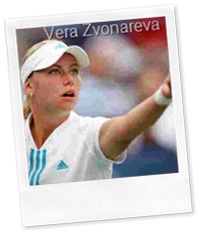 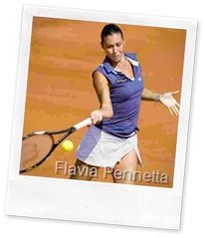 But Flavia Pennetta deserved her win over Zvonareva as she seemed more composed and maintained cool attitude all along the game.

Did you ever imagine that almost all the top seeds will get ousted in 3rd round only? Well, if not then your guess or rather imagination turned false just yesterday. Almost all the top seeded players excepting some have been kicked out of the US Open 2009. There were more upsets this day but three of them arrested my attention. The detail of those upsets (upsets for top seeds) and a breakthrough for the players who just turned pro is given below.

The first of such match which attracted my attention was between Melanie Oudin and Maria Sharapova. Melanie really deserved the win she earned with great fight. For such a girl (yes, she is girl born in 1991) who turned pro in 2008 upsetting Maria Sharapova who ruled Women Tennis for so long is really an achievement. When Oudin won the match finally some tears gathered in my eyes too. I too felt good for her and expected if such a new kid on the floor can upset Sharapova and that too in such deep in the tournament in round 3 why can’t Sania who has been on this stage for some years now beat someone and enter in quarters or semis? The stats of the match between Sharapova and Oudin are as follows:

Second match which was attention seeking was between two American’s, Andy Roddick and John Isner. John Isner was a bit offensive sometimes in expressing his anger or expression and on the other side of the court Roddick was calm as he has always been. But John Isner deserved the victory after such a hard work and a five setter. Maintaining the anxiety of a 5 setter and then of tie breaker was too much for a person who turner pro in 2007. But he played well and used his height (6 ft 9 inches) to much extent in serving the great serves. The stats of the match are as follows: 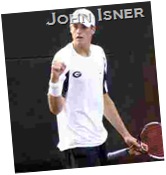 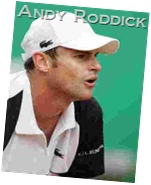 And the third eye-catcher of the day was Dinara Safina getting ousted by Petra Kvitova. The number 1 seed Dinara Safina was beaten by 72nd seed Petra Kvitova. It was quite easy win for Kvitova as compared to the win if Safina would have been energetic. Safina seemed struggling to reach the ball and bit lethargic too. She seemed stiff as compared to her early days of US Open 2009 and she had to pay the price. The Czech Republic girl (Yea, same, she is a girl even if she doesn’t seem to be, born in 1990) who turned pro in 2006 seemed more energetic that Safina though not so intellectual in her play. Kvitova should give some credit to Safina for winning the match against her. Even then the match was eye catching because it was number 1 seed getting ousted and result matters. What’s ultimate thing is Kvitova ousted number 1 Safina. The stats are as follows: 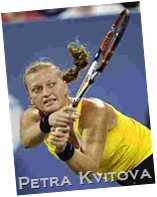 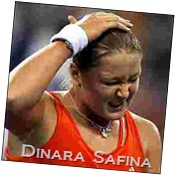 I have specifically written these games in an order in which they appealed to me. The best and enthralling game was of John Isner and Melanie Oudin. I felt bad for Safina because she didn’t seem to be in her best shape. But dear oh dear, the day was rocking at US Open 2009.